Fred and Hugo are two Parisians with a passion for mechanics: they take machines apart and then put them back together to meet clients’ requirements. In 2010, they launched Blitz Motorcycles, a motorbike customisation workshop, located in the 17th arrondissement.

We had thousands of questions to ask about their motorbikes, all of which are just incredible, but decided to try to concentrate on their relationship with digital marketing and how they use it in their daily lives.

- Hey Fred, hey Hugo, how are you? Fred, you come from the world of online marketing - you left to go and work in mechanics. So, seeing as you know as well as we do that it’s vital for companies and brands to have an online presence, don’t you feel in some way ‘forced’ to go back into it from time to time?

You’re right; I ‘practised’ marketing for a dozen years and loved it. I learnt a lot and I had the chance to witness the birth of the internet and then see the importance it gained in the world of communication. When I changed my path in life, I took the pretty crazy gamble of going back to what was a concrete skill, something which would allow me to give life to objects (in this case motorbikes) rather than ‘communication campaigns’. Communication campaigns are abstract things but it’s all too easy for those who create them to shift the blame onto others if they fail (it’s the creative team’s fault, it’s the space purchasing team’s fault, it’s down to circumstance… basically, it’s always someone else’s fault). So when we decided to create an online presence, the idea wasn’t (and still isn’t) purely to get followers, but instead to provide inside information for those who might be interested in our work, showing them what we do on a daily basis (transforming a motorbike, road trips, participation in events).

That’s why 95% of the content on our Facebook page and Instagram account is generated by us. We never use photos which aren’t linked to our day-to-day business. And if there’s an image which we haven’t produced ourselves (this applies in roughly 5% of cases), we always credit the person who took it. I’m really not a fan of brands who post images which they didn’t create themselves, just because they know they’ll attract ‘clicks’.

"If we don’t have anything to say, we won’t post."

Well, Hugo doesn’t even answer his phone [laughs]. So it’s me who manages the content on our site, our Facebook page and our Instagram account. That’s also why we tend to publish 2 posts a week and no more. First of all, if we have nothing to say, we won’t post. And also because, as you mentioned, the days are sometimes (okay, often) very long. So the idea of stopping when we’re halfway through reassembling or disassembling a motorbike, washing our hands (because it’s really not a great idea to use your phone when your hands are covered in grime), taking a photo and posting it with some text to go alongside – that’s not our priority. Far from it.

"For us, the journey is just as important as the destination."

We’re not sure whether we’re trying to convey those values over social media. We get that kind of message across more through the mini-films we’ve been lucky enough to make. You can go at 60mph on national roads and take 15 hours to get to your destination, and for us, that approach is far rewarding than going on the motorway and getting there in half the time. For us, the journey is just as important as the destination.

- The relevance of results on search engines, specialised blogs, videos and Instagram have led to increased public interest in custom motorbikes, especially because all of these enable everyone to access a domain that’s actually quite sophisticated. So we might wonder whether the success that Custom Motorcycle Builders are having today comes from the fact that it’s a trend, or whether it’s due to a growing desire to personalise your vehicle in order to stand out. What do you think?

We think it’s a bit of both. When we started out in 2010, there were only a few custom garages in Europe. Since then, the scene’s got a lot bigger, especially due to the fact that certain media outlets began to take an interest in this world and the people within it. So that meant lots of people became aware of custom motorbikes, saw some examples, and this made them want to get involved, to have their own unique, stylish vehicle. They realised that it was a possibility. Some decided to give it a go themselves, but others, not having the skills or tools to do so, preferred to leave it to custom garages.

"We believe that if you have quality content, in terms of substance and form, it will find its audience by itself."

- The ‘lifestyle’ section on your website showcases your participation in documentaries, adverts and mini-films. What impact has video had on you?

It’s a complicated thing to quantify. But it’s definitely an important factor in gaining recognition. For example, the mini-film ‘Riding September’, which came out in 2011, directed by our friends Arthur de Kersauson and Clément Beauvais, has now had almost 4 million views. But when we released it, we were only intending to broadcast it on Vimeo. All these views were obtained organically: we never purchased a publicity campaign (and indeed never will), and we didn’t put the film on YouTube ourselves.

For us, it’s really not about simply making a film to make sure we have an online presence. It’s vital that we have a message to communicate, but also that the final result is as good as it can possibly be. Otherwise we won’t do it.

We believe that if you have quality content, in terms of substance and form, it will find its audience by itself.

We don’t think that forcing broadcasting of a film (by purchasing advertising space) works. Certainly not in the long term, anyway.

And we think that people who have seen certain films of ours will feel that authenticity in our approach.

"Having an actor churn out a text in front of a camera at a communications agency, that was a popular strategy in media and advertising in the 2000s […] We take a very different approach."

- And indeed, you don’t really leave anything to chance in your visual and video material. What are the elements of your work, your craft, that you really want to convey?

Our day-to-day reality. The dirty hands, the joy, the difficulties, the rain on our face when we’re on the road… none of that is staged. And again, we think that people are becoming increasingly sensitive to this authenticity. Having an actor churn out a text in front of a camera at a communications agency, that was a popular strategy in media and advertising in the 2000s. But now, with real people getting a chance to have a say, it’s become clear that this sort of story was never authentic at all, and was only designed to get the viewer to make a purchase.

We (and indeed many others) take a very different approach. The only thing we promote is our daily reality, and we do so through our images.

- Blitz is also about great collaborations with brands like Bleu de Chauffe, Edwin and A Piece of Chic. What criteria do you use when you’re choosing partners to work with?

We always consider the same criteria: 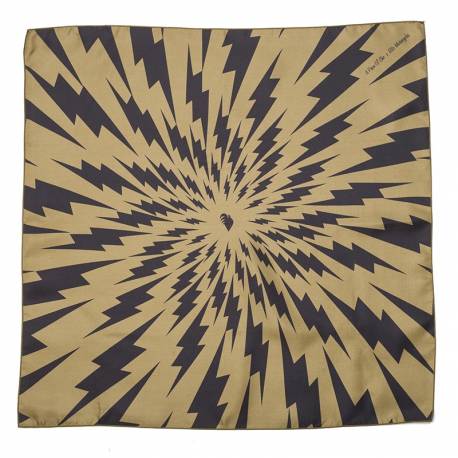 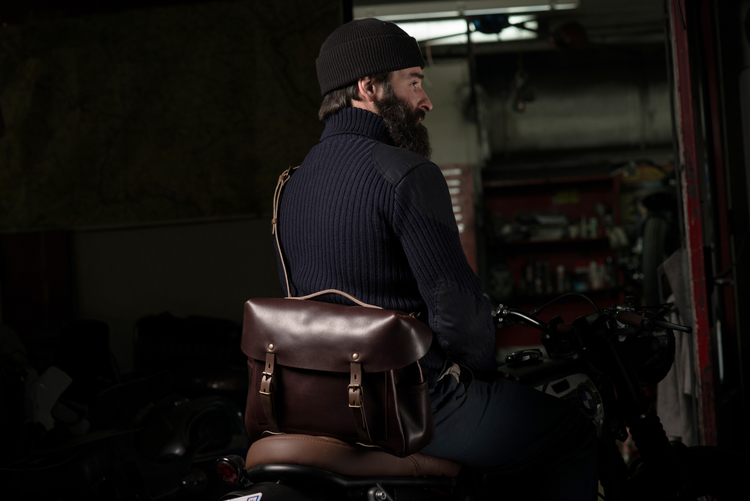 - The 4th industrial revolution is now underway: digitalisation, robotisation, Big Data, drones, 3D printing… What impact do you think these will have on your sector in the mid to long term?

Being able to make parts using a 3D printer could be significant. We did it in 2013 for a project on a BMW – we created a tank using a 3D printer and were the first to use it in real conditions. Now, this tank we printed wasn’t just serving as a mould so we could then make a ‘functional’ tank. No, it was this tank that we installed onto the motorbike and then filled with fuel, which then allowed the vehicle to run. But it’s still a pretty expensive process.

- Finally, are there any partnerships or events planned for 2017 that you can tell us about?

We’re going to work with the Australian shoe brand RM Williams (they’ve been around since 1932): we’re in the process of putting the finishing touches to a motorbike for them, and they’re currently making a pair of motorbike boots to our specifications.

The German brand Heimat are also going to make a woollen ‘submariner’ jumper. They use looms that date back to the 1940s.

And finally, we have a motorbike project based on something we’ve never worked on before. It’ll be inspired by the 1980s, but it’s too early to say any more!

Well, that all sounds great! Thanks for your answers, good luck with your future ventures, and safe journey!

Interviews
All articles
Oops. There was an error when inserting new comment.
The new comment was inserted. It will now be approved.
*Your information will not be shared.